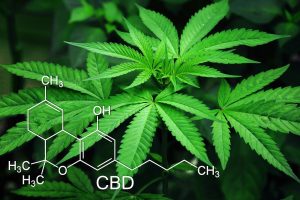 Even though most smokers will say that they are “addicted” to nicotine they misuse the term “addicted” in this case. People who are truly addicted to a substance need to have that substance to stop going into withdrawal. In this case, I am speaking of dealing with those symptoms that can be life-threatening in some cases. I have worked with smoking cessation as well as addictions to the hard drugs and the difference between them is huge.

When one stops smoking cigarettes one may become irritable, feel the urges to have a cigarette, and feel uncomfortable. However, most smokers are able to make it through the night without a cigarette. Many are able to handle very long cross country and cross the globe flights without being able to have a cigarette. For a true addict, this would not be possible. Their bodies would go into a sort of shock without the dopamine being released into their body’s systems with the use of their chosen drug. Most people who are addicts have to use their drug just to feel “normal” having lost the normal dopamine pleasure response. Without the drug, they become unable to function in any way, feeling depressed, anxious, and steadfastly seeking out their drug of choice no matter the cost to themselves financially, personally, and even risking losing their job and perhaps even a term in prison. Most of the people in prisons in the United States are indeed people who are drug abusers/addicts these days.

In the case of weed, it has gotten a bit more complex as those selling the weed have added all sorts of other chemicals to stretch the weed giving different effects that can be experienced in very scary ways to the user. I had a young client who came in to see me last year to stop his smoking of weed.

He was 19 years old. He told me that he was so scared by the ill effects of the weed he smoked that he drove himself to the emergency room. It was with this experience that he sought out my services. I spoke to him about the fact that the weed of today is stronger than that which was smoked when I was his age, about 30 years ago, and is now laced with all sorts of harmful chemicals, one of which may have brought him this terrible experience. What one needs to understand is that smoking weed is not something that is as easy to let go of as smoking of cigarettes. About 90% of my smoking cessation clients can stop in one session. Nicotine is not an addictive substance as the THC is in weed and therein lies the difference in how one has to treat the two substances.

In my treatment of weed, I do a full-scale substance abuse treatment. The client is going to have to get rid of all the negative emotions, limiting beliefs and do the forgiveness work and inner child work necessary to have them give up the main reason for their using the substance.. Unlike the smoking of tobacco products which are usually begun to fit in while in the teen years, the smoking of weed is used to stop the negative feelings, the depressed feelings, as self-medication akin to the way many abuses or get addicted to alcohol. As such it is a much larger problem that needs to be addressed with the due respect it requires. Anyone who tells you that they can help you to release the smoking of weed with one session is telling you something that is untruthful and will most likely lead you to feel a great disappointment as you find yourself relapsing, never having gotten to the root cause of its use. It is akin to having a person who suffers from anxiety being told that increasing self-esteem will handle the problem. Increasing self-esteem is only one step of many that need to be addressed when healing one of anxiety that has stopped one’s ability to live a fulfilling life.

Hypnosis is a viable method to stop smoking weed

However, one must understand the brain chemistry involved and more importantly, the underlying reasons why one would become addicted to the substance in the first place.

by Suzanne Kellner-Zinck, Certified Trainer of Hypnosis and NLP and Master Hypnotist and Master Practitioner of NLP