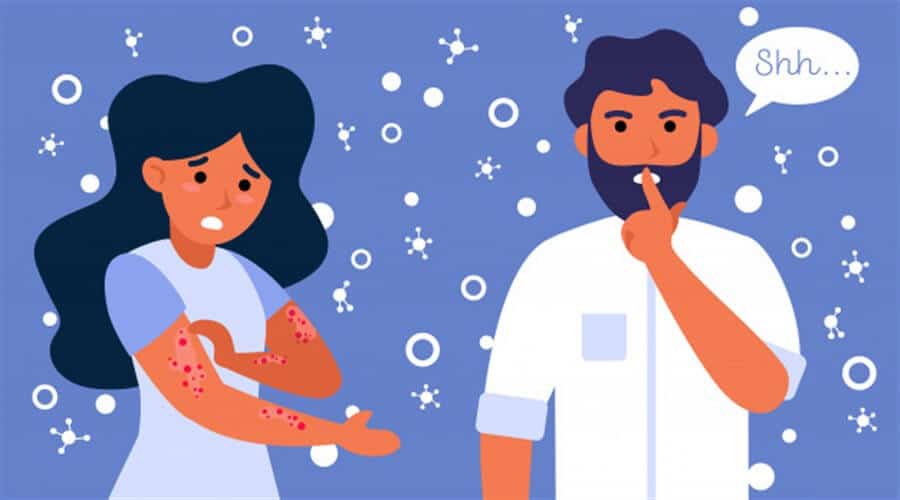 Some that have uncontrolled stress have to deal with skin inflammation in addition to everything else. This article will look at recent research where clinical hypnosis was used as a therapy to treat atopic dermatitis.

Hypnotherapy for Dermatitis Relief- How it Works!

Dermatitis is a condition that causes the skin to become red, swollen, and itchy. The condition can be caused by a number of factors, including an allergic reaction to soaps, detergents, or other chemicals.

It is not clear what causes dermatitis. It might be the result of an allergic reaction or contact with substances that irritate the skin. It also might involve exposure to fungus on the skin or even mental stress. Dermatitis often affects people who have eczema, psoriasis, asthma, and hay fever.

Dermatitis is a type of rash that typically affects areas where friction occurs – such as the hands and feet – but it can also occur in other areas of the body such as elbows, neckline, and face.

Jane was a seven-year-old child who had a severe case of atopic eczema. She could not stop scratching her skin and an endless cycle, so her dermatologist referred her to a clinical hypnotherapist.

In her first session, the hypnotherapist met with Jane to establish her favorite hobbies. After building a rapport with Jane, she disclosed that she hated the hot weather where she lived because it negatively affected her skin. She had a preference for cooler times of the year.

The initial session also included having Jane close her eyes while holding a coin in her outstretched arms. She would slowly lower her arm while focusing primarily on the coin. When her arms reached her lap, Jane was able to drop the coin and close her eyes.

During this induction, Jane followed along with the therapist to imagine walking down a flight of steps to a beautiful garden below. This Garden had similarities of one of Jane’s favorite scenes in the Mary Poppins movie. This was to let her know that she was about to embark on an adventure just like Mary Poppins. She was also instructed to follow the same directions when she was ready for bed each evening.

Jane had reported having less severe bouts of atopic dermatitis after her initial hypnotherapy sessions. She also remarked that the Itchy feelings that she would get during warmer weather would go away the minute she would imagine going on an adventure like Mary Poppins. Researchers concluded that hypnotherapy is an excellent complementary alternative treatment to help children deal with psychological issues associated with eczema.

Eighteen adults participated in this study where they were diagnosed with having atopic dermatitis. These individuals did not find relief using conventional methods and were open to seeking alternative Therapies. The therapists used a combination of relaxation methods along with stress management techniques. Direct suggestions from the clinical hypnotherapist range from introducing non-scratching behavior to controlling a person’s body temperature so that they feel cooler overall. In addition to one-on-one sessions with a licensed clinical hypnotherapist, these individuals were also given suggestions and further instruction so that they could learn to perform self-hypnosis while they were alone.

Overall, all participants of this study reported having a significant drop in scratching their skin. In addition to not scratching all the time, each individual also remarked at how they were able to sleep for long periods at night. Lastly, the quality of life was improved when tension levels were able to be at an achievable rate. 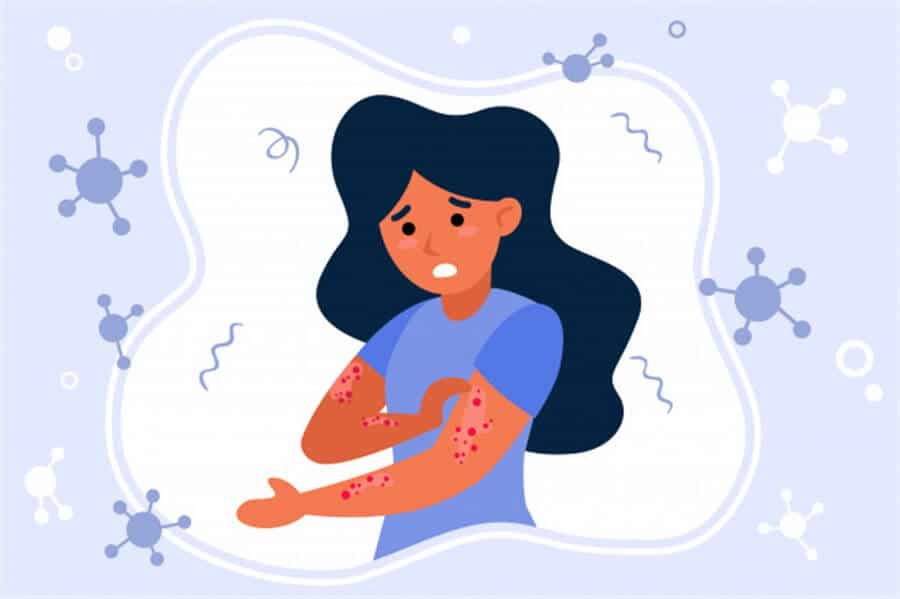 In addition to the quality of life and psychological well-being, topical cortisol had also decreased significantly within thirty days of the initial session. The cortisol usage continued to drop until they reach an impactful sixty percent after four months.

Researchers concluded that using hypnotherapy as an alternative treatment to the traditional relationships with a dermatologist. A combination of hypnotherapy along with proper moisturization would provide the proper protocol in addressing atopic dermatitis.

What is the relationship between how you feel and how your skin responds? In a recent article, a freelance writer commented on how she had problems sleeping due to daily work stress. She had tried everything from taking a hot bath, sleep supplements, and anything else she could find on the internet.

She sought the expertise of a licensed clinical hypnotherapist to help her address her sleep issues. After a two months time frame of face to face time with her therapist, she noticed that it was easier to fall asleep at night. Little things that used to bother her in the past, bothered her no more. The icing on the cake, however, was the fact that the previous oily combination skin had gone away.

The correlation between your psychological well-being and your skin house is directly linked. Many can recall walking into a crowded room and feeling whether the room was energetically hot or cold. Being in Social awkward settings along with anxiety associated with day-to-day deadlines can contribute to having less-than-ideal healthy skin.

With all the positive research out there showing the correlation between hypnotherapy and acute dermatitis, there are some shortcomings. Those in the field of Dermatology may need extensive training in the area of hypnosis to work with their clients. Adults also have lower hypnotizability than young children. These obstacles are easily overcome by partnering with a clinically licensed hypnotherapist to collaborate and reach the best outcome for patients.

Tagged with: Hypnosis For Dermatitis