Sasha Carrion will be filming an exciting episode of Caso Cerrado, to be released next month, 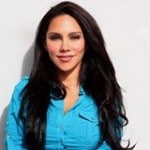 She’ll be hypnotizing a person on air that “society may consider dangerous”, in her words.

The show will be taped next week, and will probably be on air sometime in late March or Early April.