A Fear of Public Speaking – Hypnosis Can Make All the Difference 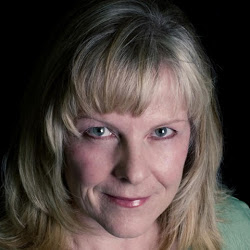 “A Fear of Public Speaking – Hypnosis Can Make All the Difference” 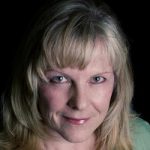 A Fear of Public Speaking Part 1

It is reported that the fear of public speaking is the number one fear most people hold! What is it that makes people shake in their boots at the very thought of talking in front of a bunch of other people?

People have different reasons for being afraid of speaking in public; here are some:
• a dislike for being in the spotlight of attention
• past experiences of being humiliated, freezing or otherwise feeling uncomfortable
• a lack of confidence or even feeling like they are a fraud
• sometimes, the fear isn’t even related to public speaking at all

Symptoms can manifest in an elevated heart rate, shaking or trembling, sweating, blushing, cognitive disruption leading to memory problems or even confusion. Some people have even felt faint or nausea to the point of vomiting! Most express an extreme fight-or-flight response, wishing that they could escape.

There are a few ways that hypnosis can help a person move past their fear of speaking in public. I will demonstrate first with a case history of a client (identifying factors have been changed).

Client “A” was just hired, as a retiree, to teach at a local community college. He was extremely panicked at the idea of having to stand in front of a class and present lessons, despite the fact that he was an expert in his profession. He confessed that this had been a life-long problem and he had been able to avoid it previously in his career because he worked one-on-one or in small groups.

Hypnosis was used to help the client change his limiting expectation that teaching would be difficult. It was a matter of helping him move out of the conditioned thought patterns he held, which promoted worrying about what he was afraid might happen (blushing, mind going blank, stuttering, etc.), and into what he wanted to happen (speaking easily and naturally, able to tap into his knowledge and experience).

In addition, Client “A” was taught brain-plasticity exercises which helped him move out of the old, unhelpful neural pathways and created new, calm and confident ones. Regular practice of these exercises shifted the way he felt about speaking in public and provided the blueprint to his subconscious mind about what he wanted: to conduct his lessons in a relaxed and engaged manner.

The great thing about hypnosis is the speed and efficiency in which it works: Client “A” achieved profound positive changes in only three sessions and went on to experience an enjoyable year with his college students. It was unnecessary to go digging into his past to help him; he just needed the tools and inner resources to make his present more comfortable.

Hypnosis can make all the difference in how you feel about speaking in public – whether you are talking to one important person or an audience of thousands. A qualified hypnotist can help you make the change you desire!

Kelley Woods has been a Certified Clinical Hypnotherapist for many years. She is an authority on how Hypnosis can best be utilized as a powerful tool for change. Her main office is located in Anacortes, Washington