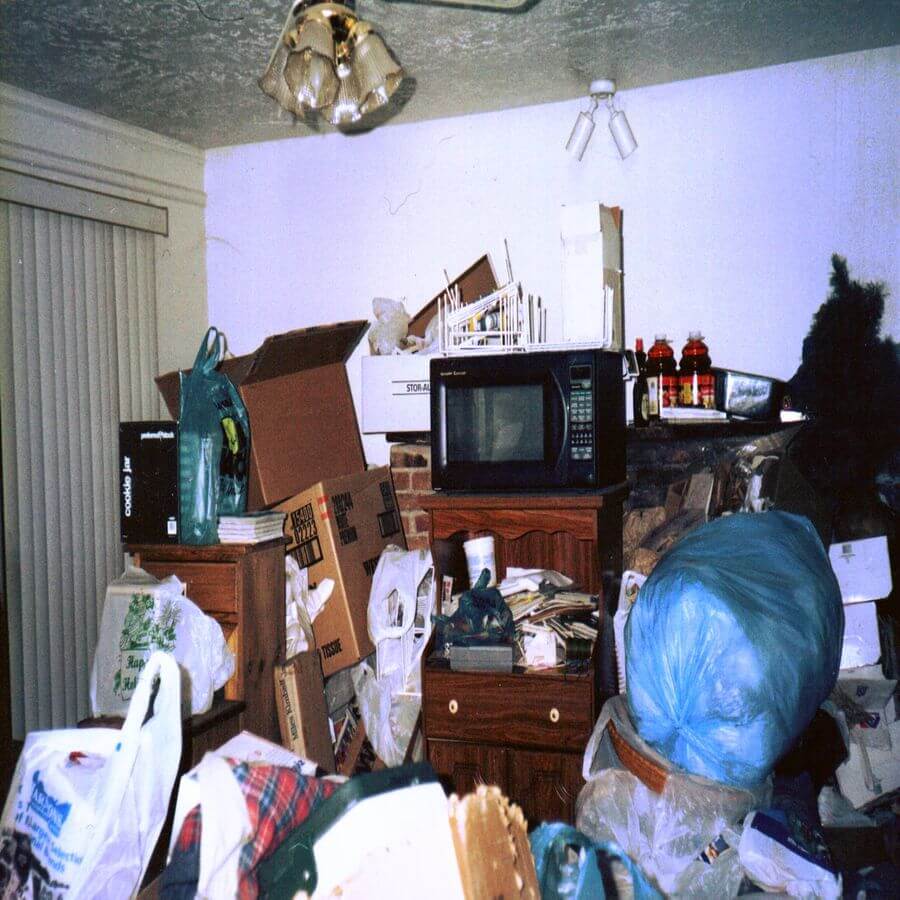 Compulsive hoarding starts with collecting one, then another and then yet another item in our daily lives that keeps building up into a pile. Doing away with them, causes any amount of stress in a person who perceives giving away things as a threat.

Although it is not associated with any other neurological disorder like Obsessive Compulsive Disorder, or Depression or any other mental disease or brain damage, there is still a part of the brain that triggers a certain amount of stress and creates a scenario wherein it starts to interfere with the person’s social dealings.

Unless and until an outside force does not reduce the number of items building up, compulsive hoarding can take over a person’s life and create a lot of clutter – reducing proper functioning of routine areas.

Hoarding and the Road to Recovery

With excessive acquisition of things, a person buys, collects or at worst even steals possessions for which there is no need or worse there is absolutely no space for. This need to collect compulsively causes great harm. People who do so at times realize the problem and at times don’t. There are three categories of such people:

There are several reasons why people would want to hold on to things which generally fall into the following three sections:

Can a Person With Hoarding Behavior Get Better?

Although it may seem as if hoarding is only a pile of mess and things piled up on every surface available, it actually has far worse and far reaching consequences if left unchecked and unmanaged for a long time.

In this study, treatment consisted of twenty-six specific sessions during the time period covering up to twelve months. Therapy was based upon a cognitive-behavioral therapy manual for uncontrollable hoarding. Sessions normally lasted up to ninety minutes, while home sessions usually lasted one hundred twenty minutes. The initial five sessions, were committed to therapy preparation, including multi-method assessment, inspirational speaking with approaches to improve motivation to participate in treatment, as well as formula of a cognitive behavioral design of each person’s condition. The evaluation was carried out both in the clinic and also in patients’ residences.

After the initial sessions, therapists applied treatments targeting the top three symptoms of hoarding which includes: disorganization, uncontrollable acquisition, as well as having the difficulty of disposing of particular items.

Motivational interviewing techniques were utilized when specialists evaluated that inspiration on behalf of the patient was delayed. Over seventy percent of the sessions were conducted at the specialist’s workplace, in addition to the twenty percent of sessions which occurred in patients’ houses or at local stores where hoarding was of excessive such as discount stores.

The last two sessions included relapse prevention methods made to help people continually make progress and to handle existing and future stress factors without falling back onto hoarding habits.

Researchers concluded that the reduction was not statistically significant at mid-treatment, yet was considerable by post-treatment. Reductions typically showed a linear pattern toward changing behavior throughout therapy. 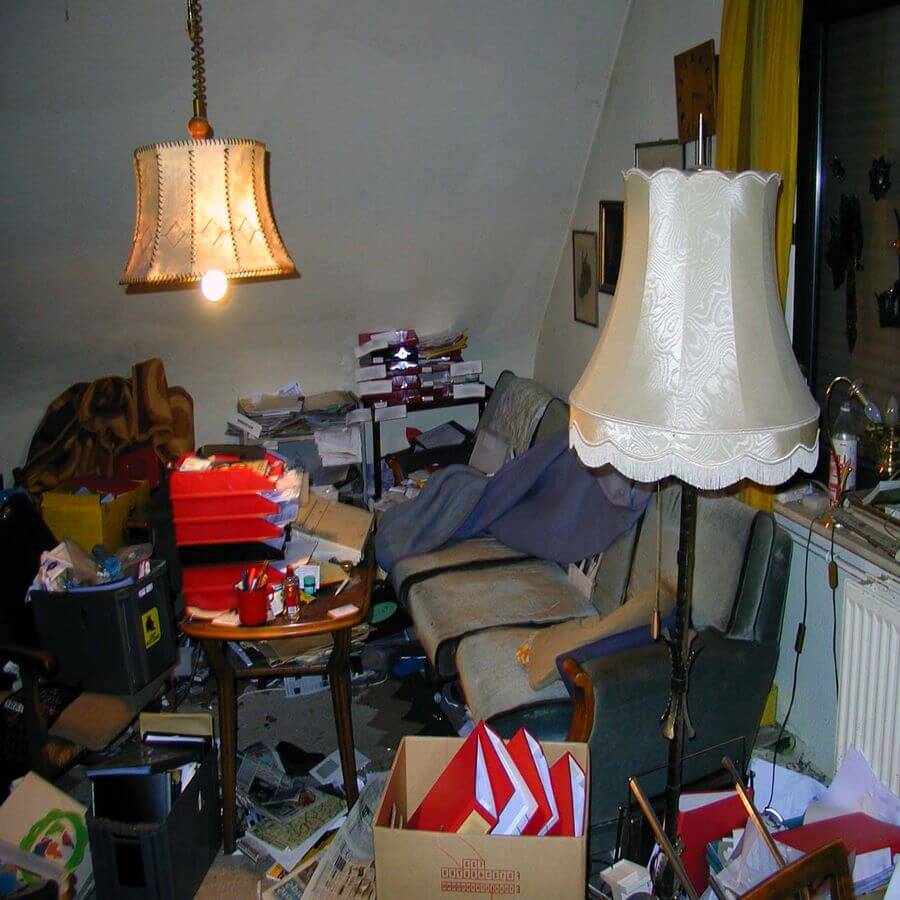 “Anna” was a 63-year-old divorced woman that lived alone. She explained her current hoarding habits as “difficulty throwing special items away.” She was referred to the UCLA Intensive Treatment Program by her little girl. Anna’s troubles with the discarding of her belongings had actually resulted in a clutter-filled environment in her house. Because of this, her main disability had been complete social isolation because of shame about others seeing her residence in this state. She had desired to look for treatment, however had actually not taken that action till urged by her daughter.

Anna’s problems with hoarding began in youth. She confessed to hiding things under her bed so her mom would not get rid of any of her prized possessions. She additionally remembered being a frightened as well as anxious youngster. Anna’s signs of hoarding had waxed and waned throughout childhood. In fact, she could also recall her proclivity for hoarding behaviors in her mother as well as her grandmother.

The program was composed of intensive, multi-modal treatment in the UCLA OCD Intensive Treatment Program, which covered the span of six weeks. Along with hoarding-specific CBT, Anna was started on escitalopram oxalate (trade name: Lexapro) and her dosage was boosted from the first 10 mg to 30 mg each day after the very first week. The pretreatment phase began with an extensive evaluation of the quantity as well as kind of cluttered areas throughout the home, ideas concerning possessions, inspiration for treatment, and level of understanding of the problem.

The initial stage of treatment focused on education regarding hoarding habits, setting objectives, and also cognitive restructuring. A significant concern for Anna had actually been her isolation from family and friends due to the humiliation she felt about her chaotic home.

For that reason, a major goal for Anna was to reduce the mess as well as boost her hoarding signs to make sure that she would certainly be able to invite people to her residence. The next stage of treatment was exposure and reaction prevention (ERP), containing sorting each item in the home, leading to adaptation to throwing out previously saved belongings.

Each day, starting with her car, she generated numerous boxes of clutter, which she would eliminate from her automobile without sorting through. Anna invested three hours a day, discarding trash that she had actually removed from her vehicle. Anna was entirely liable for determining the standing of her ownership as well as their placement at home if items were to be conserved.

The specialist collaborating with Anna did not make any kind of choices and did not touch her properties. The duty of the specialist in the treatment program was to assist in the advancement of decision-making skills, to offer comments concerning normal conserving behaviors, as well as to determine and test Anna’s beliefs regarding her properties.

By the end of the six-week treatment program, Anna had actually completely decluttered her computer space as well as her kitchen area. She had actually taken “before” and “after” images to track progress as well as for future motivation.

Her photos acted as a suggestion of the benefit of setting and also sticking to specific objectives. The preparation for Anna after graduating from the program was to comply with meeting up in an outpatient setting to preserve her gains and proceed boosting. Weekly outpatient follow-up treatment was set up with a specialist in addition to internal check outs by trainees two times a week.

Holding onto choice possessions is very normal; however, when it borders on hoarding it starts becoming a problem, and needs intervention as soon as possible.  Overall, compulsive hoarding may seem like nothing to worry about, it in fact has deep rooted and inherent problems that emerge over time.