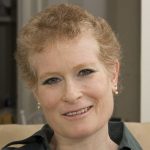 With all those who have these STDs one would think it would be a bit easier to speak about the problem with a potential mate. This is not the case in most cases because of the way in which it is contracted.

From those whom I know who have had to deal with this issue, there are a couple of prongs to the problem. First of all, in many cases the person who was infected was never told by the partner that this could happen. This creates a lack of trust in others both in terms of wanting to be with anyone, and more often not wanting to harm another. The inner conversations that the infected have swirling in their minds is one of anger, a feeling of being “damaged goods” and many times a feeling that no one will accept them ,fearful of contracting the disease.

The reality of the situation is much different than the fears that one who has contracted the disease may have. In reality, there may be people out there who prefer not to be with someone who is infected. However, I do know of several cases where being honest and forthright with the partner about the situation before entering into a sexual relationship, found the situation was accepted and the relationships continued.

So here is my advise to anyone who is dealing with this issue. Be respectful of yourself and your partner and have “the talk”. Just let your partner know that you have contracted the illness, when it was contracted and how. Let them know what they can do to protect themselves and how you will do your best to help them to stay safe. You may find that you are given much more respect and love for your honesty then pretending everything is okay, except that you are unwilling to have sex. Most men out there are not going to be okay with that solution given the average man’s sex drive. Let them make the decision that is right for them and you may find that you have a better relationship then what you could have ever realized by with holding this very important information.

Suzanne Kellner-Zinck is a Master NLP Trainer and Hypnotherapist