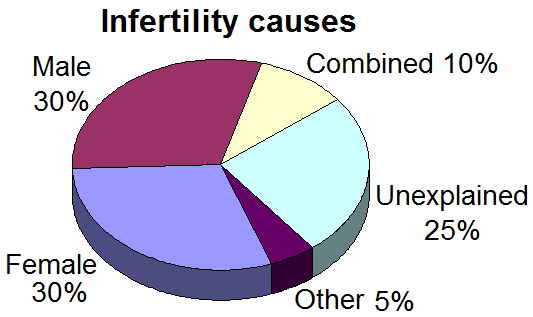 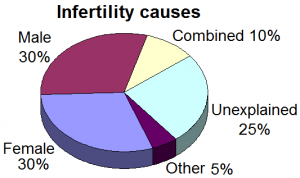 Infertility is described as the nonperformance or inability to achieve pregnancy even after having intercourse that is unprotected for at least one year. When is a good time to get a proper evaluation? A couple may want to explore all of their options, however sooner is better than later especially if one or both partners have known risk factors associated with infertility. Should the man or woman go for the initial evaluation? In most cases, both partners may want to get checked out at the same time so that there are not any delays should they have to get specific treatment.

Infertility is common today and it is not considered the taboo topic of conversation as in generations past. In fact, the numbers indicate that in the United States there is one in every 10 women who are under age 45 that have had a concern about whether or not they are able to have a baby.

Assisted reproductive technologies are usually the first level of treatment amongst the general public that is considered if there are issues dealing with infertility. The most common procedures would include IVF, ZIFT and Gamete Intra-Fallopian Transfer otherwise known as GIFT. In Vitro Fertilization is the most popular of the three where medication is given to a woman so that her ovaries are stimulated which gives her the ability to produce stronger eggs. During this process, the doctor will retrieve the viable eggs from the woman’s ovaries when the time is right. The eggs are then deposited into a petri dish combined with sperm where it is to begin the fertilization process. The successful embryos are then placed in the woman’s uterus.

Are Couples Looking For The Quick Fix? 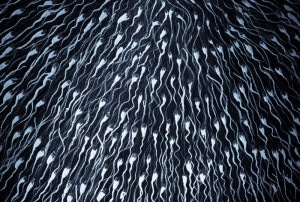 Many times, couples reach for the immediate solution with regards to assisted reproductive technologies without forethought to consider all of the other options that exist. In many cases, the same couples do not have a support network that can help them during this time of need so, unfortunately, a major life choice can be made especially if there is a generalized feeling that no other solutions are out there.

What happens if there are complications associated with the existing assisted reproductive technologies?

There are times when the woman’s ovaries are enlarged due to experimenting with fertility drugs. The uneasiness would include ongoing pain, nausea, bloating in addition to throwing up. In rare cases, hospitalization may be in order due to severe pain, infection or excessive bleeding.

Does stress play a factor in fertility as well?

No matter how far we advance technologically, there are still only 24 hours in a day. The demands on our time contribute to poor health that is associated with ongoing stress. Over 43% of all adults have reported negative health effects that are related to stress while over 50% of visits to the doctor are associated with complaints that are stress-related. It should not come as a surprise to anyone that stress may plays a huge role in the candidates that are having fertility issues as it negatively affects our hormones.

What are the other options that exist in addition to intervention through the medical community?

Natural opportunities that are available today to combat stress include exercise, herbs, acupuncture, meditation, the food we put in our bodies as well as hypnosis. Having a balanced diet can work wonders in having a healthy body which could boost a person’s fertility efforts. When dealing with herbs, it is best to connect with a licensed professional to identify what works best in improving one’s chances in getting pregnant. A certified hypnotherapist is an excellent resource as well since they can uncover the underlying subconscious stressors in a person’s life.

Should we take ourselves seriously all of the time?

The Fertility and Sterility Journal set out to address this question in their October 2009 issue. The test group consisted of 88 women that were going through In Vitro Fertilization. It should come as no surprise that the women that were in the excessive worry group had greater trouble with getting pregnant. The women that were less distracted with the outcome had a greater likelihood of reaching motherhood.

In a separate study conducted by the New England Journal of Medicine in 2010, 12 women were identified with having amenorrhea, which is missing consecutive menstruation cycles. Each of the women was given one session that involved hypnotherapy. Over 75% of the women were able to resume menstruation after that initial session along with gaining increased confidence.

In May 2009, Harvard Health Publications produced a study that was conducted in Taiwan where they were examining levels of depression and anxiety in women as it related to reproducing. Their overall relationships with their partners had a negative effect on conceiving. Issues dealing with anxiety-related dysfunction sexually also contributed to conflicts within the marriage. The study concluded that while the traditional medical treatments provided hope, adding relaxation techniques via hypnosis was a great combination with helping the women to conceive.

Are men getting enough sleep?

The University of Southern Denmark doesn’t think so. In their study of measuring appropriate rest for the average male, they found a direct correlation between a lower sperm count as well as testosterone that was low due to lack of rest. Conversely, the men who were able to get a full night of sleep had a greater quantity of sperm count as well as increased levels of testosterone.

In 2013, the National Institute of Health completed a 28 year study of measuring hypnotherapy amongst couples who were experiencing difficulties with conception. Over 550 couples were a part of this research where the valuation of hypnosis, whether directly or indirectly, was provided to the infertile couples. Before the studies, every couple had issues with infertility. The initial procedures were to provide hypnotherapy primarily as a generic reliever of stress followed by hypnotherapy to deal with targeted issues. Success was evaluated when the couples actually became pregnant. The study was considered highly successful because of the success rate reaching over 70%. The conclusion was that infertility and other reproductive issues are highly psychological and can be remedied with hypnosis.

In 2006, the National Institute of Health conducted another study to ascertain whether or not hypnosis during the embryo transfer was a direct result to a successful In Vitro Fertilization outcome. They obtained 52 clinical pregnancies out of 98 cycles (53.1%) with an implantation rate of 28% among hypnosis IVF/ET cycles, and 29 out of 96 (30.2%) clinical pregnancies and an implantation rate of 14.4% in the control cycles. The research also culminated that applying hypnosis during the embryo transfer and proves their result significantly during the IVF cycle in addition to the overall well-being of the patients.

Experiencing any level of infertility can be a trying situation to both men and women. The first order of business is to speak with a specialist to identify specific symptoms. After the evaluation, it is important to explore all of the options that exist so that long periods of anxiety and stress are avoided at all cost.

Tagged with: Hypnosis and Infertility Studies