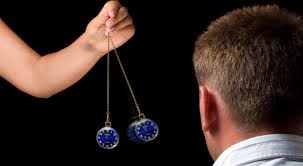 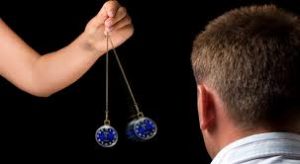 Cancer is ranked second only to heart disease with regards to what is prematurely ending lives of older people in the United States. That is not to say that cancer will not happen to anyone at any age, however many people that are diagnosed with the disease are diagnosed during their middle-aged years. This tends to be the case since the current population is living much longer than generations past.

While there are many types of cancers, it is recognized in its most generic form as a concentrated area of diseases that can negatively affect all areas of the human body. Other names that are commonly associated with cancer are malignant tumors. One area that stands out in identifying cancer in the body are the abnormal cells that grow rapidly past their regular areas, whereby invading other parts of the body where the cancer is spread. This is more commonly known as metastasizing which is the most significant cause of mortality.

Scientists note that cancer is associated with being an environmental disease, even though some areas of risk would include genetics. What are some of the environmental factors that are attributed to a person getting cancer? The usual suspects would include obesity, tobacco, radiation, infection, lack of exercise and being and excessive couch potato followed by excess pollution in the immediate environment. One or a combination of all of these factors actually provides the perfect storm for the abnormalities to develop. While hereditary factors may come in to play, it will only account for anywhere between 5 to 10% of all cancers that have been documented.

What Can A Cancer Diagnosis Unveil? 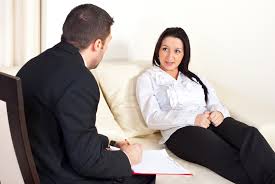 The typical diagnosis would likely start with a physical exam where a doctor can also look at a patient’s medical history. It is during these exams that blood and urine are examined where cancer can be detected. If a tumor shows up in the testing, further tests may be needed which would include x-rays and ultrasounds where the doctor can pinpoint the exact location of cancer as well as its significance. Lastly, a biopsy would be performed for further confirmation where a tissue sample is studied to further identify the existence of cancer cells.

There is also a large instance of highly acidic cells which can be notified as byproducts of poor diet and lack of exercise which cause these abnormalities to exist in the first place. This is where the bacteria and cancer cells have the ability to thrive in this highly acidic environment.

What Are The Cancer Treatment Protocols?

The long and short answer is that it depends. Protocols can vary widely depending on the type of cancer and the actual stage. Many protocols are specifically designed to fit an individual’s need, but many treatments would also incorporate chemotherapy or some other form of radiation treatment. This also would depend on the type of cancer and the stage as mentioned before in addition to making sure that the patient’s best interests are adhered to.

Is There A Way To Find Breast Cancer Early?

In the past, women performed a breast self-exam (BSE) as an indicator of finding cancer early. The shortcomings of the self-exam were that there was a way to actually limit deaths associated with breast cancer. In 2003, the American Cancer Society revise its existing guidelines to make breast self-exams optional.

What Effects Does Cancer Have On The Psyche?

Doctors and clinicians across the board are now including psychological techniques to improve the person’s overall well-being as well as to decrease levels of pain that are associated with cancer. The goal ultimately is to implement various techniques so that each individual can handle the existing condition favorably.

Unfortunately, hair cells are the first to become depleted since they are the fastest-growing organisms in the body. Other issues that arise are body temperature changes as the bodies attempt to adapt to his treatment. Stanford University professors are currently measuring the merits of incorporating hypnotherapy solutions with their clients that are undergoing chemotherapy for their overall well-being and also to combat the nauseous and other side effects of traditional treatment.

In many studies, hypnosis, again and again, has been used as a resource with the ongoing treatment of patients dealing with cancer. Why is using hypnosis as an application continuing to grow amongst the traditional medical industry? Hypnosis establishes a bond between the medical team as well as the patient with regards to regulating pain and creating disassociation of pain from other areas of the body. The hypnotherapy is also used to deal with various levels of anxiety and depression where the patient can limit focusing on the side effects that could be unpleasant during their treatment.

In a recent study with the National Institute Of Health, eight women were dealing with various symptoms of fatigue and chronic pain associated with their cancer. There were also either breast-cancer survivors or undergoing current treatment for breast cancer. During the six months of follow-up, the pain intensity associated with the treatment after their operations was significantly lower. Follow-up hypnosis also kept pain to pre-cancer treatment levels. The overall conclusion was to evaluate the efficacy of hypnosis and working with women who are breast cancer survivors.

What If Patients Did Not Know About A Hypnosis Solution?

During the clinical testing, patients were allowed to ask any questions about the pros and cons of hypnosis as a way of managing expectations. During an assessment, the instructor would use imagery as well as provide symptom-specific suggestions. The introductions to the field of hypnosis prove beneficial as a way of reassuring that the patient had alleviated any fears related to hypnosis.

Psychological interventions continue to be a proven method of treating fear and anxiety especially amongst patients dealing with cancer. Research studies container so that hypnosis can reduce significant anxiety with someone that is undergoing a major life change. It is also important to note that the more susceptible a person is to hypnosis, it is more likely that they will benefit greatly.

While hypnotherapy is not seen as a cure to cancer, it has proven to provide an extra layer of comfortability and release to those that are experiencing cancer. Hypnosis is seen as a treatment that is complementary in aiding the combination of the mental and physical aspects of a person going through cancer. The relaxation associated with hypnosis can reduce the emotion and psychological issues that are associated with this major life change.