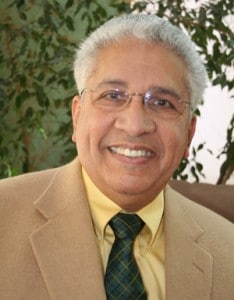 Hypnosis or Hypnotherapy, Which One is for Me?

After centuries of use in various cultures in many parts of the world, man’s ability to induce and use relaxation and trance as part of the healing art is still viewed as magic or occult by many, even in the enlightened western world. Such an attitude places us in the position of a miner who celebrates the gold nugget discovered in a superficially tapped gold mine with nothing more than a small pickax and never realizing that the mother lode, the real power of the mind lies beneath his feet. Without instruments and the knowledge of geology, he cannot know that the nugget, over which he is celebrating, is only a micro-fragment of the wealth that lies below and for us the real power of the mind lies even closer if we are willing to pursue it a little further.

We are often fascinated by other people’s intelligence or by their beauty, talent or skill. These are things that we observe on the surface of each other without really understanding the real substance. Often it is enough for us to make decisions to learn more about them or not. If we are very astute, we might be able to surmise that the person being observed is really, very different than what they present. Why is that? Are they lying or is something else going on, perhaps unknown to either subject or observer? For that matter, is the person I portray really the person that I really am? Do I really wish to know? If the answer is “yes”, then the next question is going to be to find out where that knowledge lies.

Hypnosis helps willing subjects to “park” their consciousness and its collection of ego defense systems while allowing themselves to enter the world of the sub-conscious and its ally, the imagination. Imagination is one of our oldest and most powerful evolutionary tools. Children are experts at utilizing it. Note how even when a child is alone and without toys, he/she will be able to make a play or create invisible friends that can only be experienced by the magic eyes of that child. In the imagination, a child can be transported to the moon, to other galaxies, even to another time in the past or future.

The imagination of the child is not encumbered by limits until adults teach him/her the meaning of words like “impossible”, “practical”, “reality” or mock their ability to utilize imagination’s power. Still, we teach history, which celebrates the great minds of the world, e.g.: Leonardo da Vinci, Galileo, Michelangelo, Monet, Charlemagne, Alexander the Great and many more. All of these people were great because they were able to form a partnership with their imagination and dreams and transform them into reality. We would still be freezing in prehistoric caves if it were not for the power of the imagination of our ancestors.

In our quest for civilization, our cultures have abandoned belief in the imagination in favor of mathematical and scientific logic. Many western cultures are driven by the rules of efficiency and productivity and pay little attention to the cost in an increased incidence of stress-related diseases and mental illness, broken marriages and escalating violence and disrespect for other humans and the environment that we live in. Like the moth we fly faster and faster in ever-decreasing circles, closing in on the fatal heat of the light. Are we having fun, yet?……or are you too tired to care?

Our societies are already hypnotized. We follow the suggestions of the media, of political leaders and teachers who tell us that we must live in a world of over-stimulation in order to be “sophisticated” and civilized. We even treasure the game of Trivia, which fosters the learning of useless information and too often, do so at the expense of vital information that may help our lives. How, then, do we bring the frenzied process to a halt? We can learn to relax and be good to ourselves.

Hypnosis helps to establish the mind set to re-prioritize our values by giving real value to one’s Self. Unlike concentration, which is the main tool of the conscious mind’s effort to maintain control of life, hypnosis uses relaxation to accomplish the same goal. Concentration requires much conscious effort. It must work in two directions. It must screen out all other information and it must select and hold on to the target information in order to avoid distraction. Hypnosis begins with consent. One allows one’s self to enter the state of relaxation, to allow the focus to move from external to internal. Our ability to deliver any performance of skill or learning begins with our Self. In becoming aware of the inventory held in our imagination, our ability to problem solve in the conscious world is enhanced. Our need to devote excess energy to a task is simplified when we use our imagination to determine which of our array of tools are most efficient for the task. We may be willing, but we cannot proceed without awareness of what we must do to accomplish the task. Hypnosis can allow us the freedom to quickly assess the situation and act by eliminating the blocks that have been set in place earlier in our lives.

In the relaxed state of hypnosis, hypnotherapy can take place. The subject is encouraged to drop defensive screens and follow the suggestions of the therapist. In the subconscious state, imagination will allow the subject to travel to any memory that is necessary to solve a problem. Even forgotten memories, isolated in the conscious system, can be made available for revisiting or re-experiencing. A hurt, delivered in childhood and recorded in the body as a vow never to have it happen again, can be rediscovered, dissected and sorted for placement in its proper place in the memory system. The incident then becomes a helpful memory that can be recalled without the pain normally associated with it. Using the imagination in the subconscious allows the subject to gain understanding, even mastery over the issues that cloud one’s life. Sometimes, the suggestion is used to remind the person that they are in charge of their assets and are forgiven of any previous vows or orders that were placed in their subconscious during their early development or in states of fear or anxiety. The hypnotherapist’s role in this process is to be a guide for the subject. After all, the subject will be experiencing the journey as if it were for the first time. The therapist helps by suggesting and encouraging the subject to allow this visit even if only as an observer. The form is never the same and the blocks are never the same. It is in the therapist’s understanding of the principles of the subconscious that the skill is displayed.

As blocks are eliminated or resolved, the suggestion may be necessary to help maintain the subject’s confidence after the session. These are simple instructions or reminders for the subject to be able to continue coping post-session. In time, the ability to cope with particular issues will become integrated into the person’s personality in the form of positive subconscious memory. The negative behavior will be relegated to painlessly, historical status and the subject will go on with an improved lifestyle.

Can a suggestion fail in the future? This is always possible if the person has not pressed the core pattern of their personality to resolution. Thus a person who has come to hypnosis to quit a habit and leaves only with a suggestion to arrest the behavior without dealing with the rationale for the habit, may, in time, convince their self that they can return to the behavior “just one time”. Since most “bad habits” are rooted in multiple sites within one’s personality, like a dandelion, they will sprout again if given opportunity. This is especially true in the case of the addictions, which include tobacco, alcohol, drug abuse, and overeating. There is no substitute for personal growth and self- knowledge. Hypnosis is not done by a mechanic. It is a team effort between the client and the therapist that ultimately leads to self-awareness and increased personal power.

There are many therapeutic modalities for changing behavior. The beauty of hypnosis is that one will awaken at the end of the session and feel relaxed, energized and good about oneself.

Tagged with: Hypnosis or Hypnotherapy