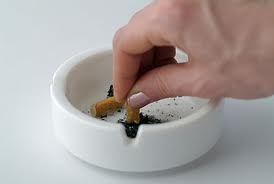 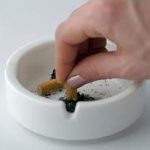 The Tobacco Education & Research Oversight Committee is developing a letter to be shared with all school governing boards. That letter takes the position that the same prohibitions should be placed on electronic nicotine delivery systems as are placed on tobacco.

The concerns expressed parents (see below) make it imperative that school boards act now. In particular, please help your local school governing boards understand the urgency of adopting a policy that places on e-nicotine delivery systems (ENDS) the same prohibitions placed on tobacco use. Recommend the adoption of the following language:

“The School Board prohibits the use of products containing tobacco and/or nicotine, including, but not limited to, smokeless tobacco, snuff, chew, clove cigarettes, and electronic nicotine delivery systems, such as electronic cigarettes, electronic hookahs, and other vapor emitting devices, with or without nicotine content, that mimic the use of tobacco products any time, in charter school or school district-owned or leased buildings, on school or district property, and in school or district vehicles. However, this section does not prohibit the use or possession of prescription products or other cessation aids such as nicotine patches or nicotine gum. Student use or possession of such products must conform to laws governing student use and possession of medications on school property.”

Also, please consider having a discussion with school administrators regarding the need to understand that every type of e-nicotine delivery systems (ENDS) constitutes “drug paraphernalia”.

How many school boards allow the possession of drug paraphernalia. Not only is nicotine a drug, but every vaping device has the potential to be used for other vaporized drugs.

I just wanted to communicate with you guys about a conversation I had with my daughter this weekend regarding e-cigarettes that left me feeling pretty disconcerted. She and some friends went to a football game (HS vs HS ) at xxxfield . When I pulled up in my car to pick them up, I noticed that several teens (not my daughter and her friends) standing near them at the curb were smoking e-cigs. When they got in the car, I asked them “What’s up with the e-cigs?”. They all started chiming in about e-cigs…here’s the gist of the conversation we had:

“SOOO many people are using them all of a sudden!”

“I know…even at school in the cafeteria, in the locker room, hallways, even in class!”

ME: “Has anyone told students they CAN’T use them at school?”

“No…it’s not illegal or anything, so there’s nothing they can do to make people stop, plus it’s not even bad for you so why should they even bother?”

ME: “Did you know they contain nicotine and that they are addictive?”

“No they don’t! They don’t have anything bad in them! It’s just water vapor, that’s all!”

ME: “Actually, from what I understand, they DO have nicotine, which is highly addictive. It’s true that they don’t produce second-hand smoke and they don’t have as much crap in them as regular cigarettes, but they can be super addictive and the research is showing that they might be leading more young people to start smoking actual cigarettes”

“I don’t believe you! No way! If they had nicotine and bad stuff like that, they wouldn’t be letting kids use them in school!”

OK dear colleagues, I just wanted to share this kinda scary perspective and state for the record that, as a parent, this really concerns me. It would be great to see some fast-tracked efforts to do some education/policy work around e-cigs.