Clinical Hypnotherapy For Asthma – When to Seek Asthma Treatment 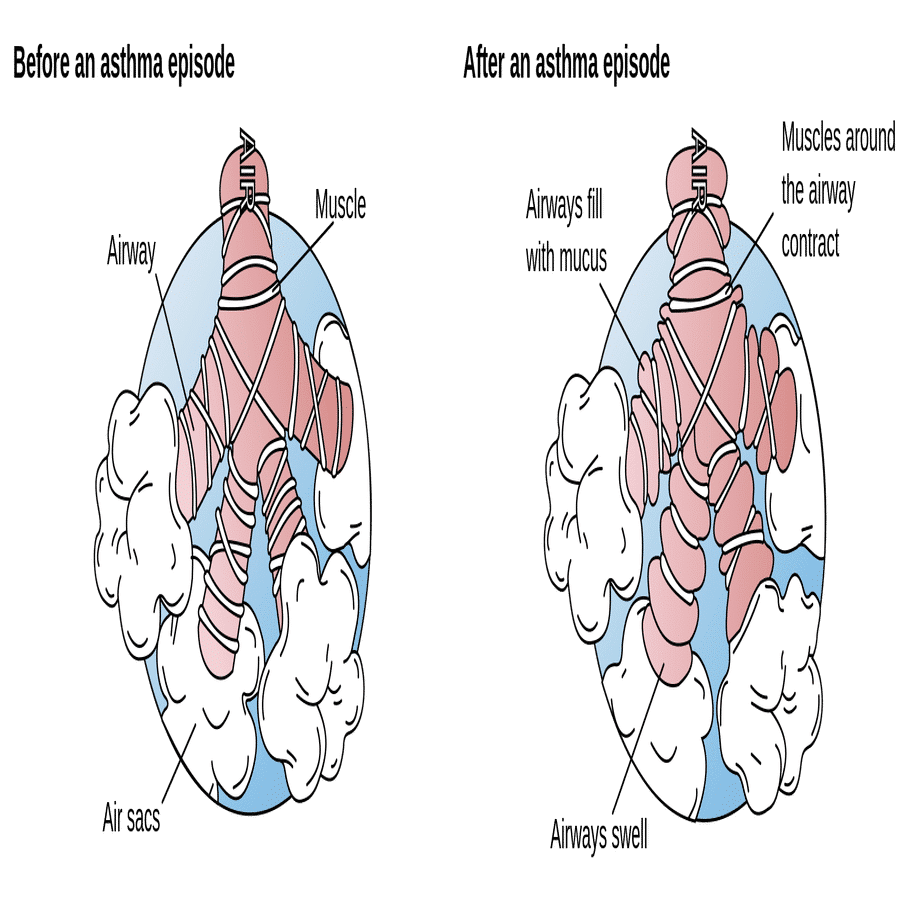 What is asthma? The NIH describes it as a chronic disease of the lungs where the airwaves are extremely agitated. This typically happens during the early morning or late in the evening where a person exhibits shortness of breath, chest tightening and coughing. While there are many possible solutions that exist on the market, asthma sufferers are increasingly open to alternative therapies like hypnotherapy and can be considered when evaluating psychological triggers associated with asthma attacks.

What Are Symptoms Of Asthma?

When the bronchial tubes are inflamed during an asthma attack, the lungs are filled up with mucus. Other symptoms that one should be aware of include:

It is important to note that everyone does not share all of the same symptoms of asthma. In fact, a person may experience several symptoms at one time and other symptoms at other times. Some asthma attacks may be mild while others may be extreme. A person can also have long time periods before experiencing any symptoms, while another may have attacks every day. Lastly, an asthma attack can be brought on by intense exercise or when their body is experiencing viral infections during cold season. It is important to recognize when a person is affected by these symptoms so that they can better control asthma events.

What Effect Does Asthma Play In An Urban Environment?

Fifteen percent of the adolescents in the US experience chronic asthma, over half the cases in the group of cases are represented by low-income urban adolescents. Trips to the emergency room and mortality rates have a greater representation in the low income areas due to the environmental issues which can also increase levels of anxiety and/or depression. Asthma related worries, limiting exercise as well as self-reported symptoms have remained consistent even after pharmacological solutions have been presented. While the exact link between anxiety and asthma sufferers have not been identified, there’s been a greater relationship associated with teens experiencing more symptoms versus their counterparts who did not.

Over one hundred fifty adolescents, between the ages of eleven and eighteen, and representing Midwestern urban areas participated in a two-year study to determine if there were any relationships between religion and spiritual beliefs as it related to coping with asthma. The data was used to get a greater understanding between asthma and anxiety symptoms and their related perceptions of illness.

Questionnaires were handed out to determine their perception of their illness and how it affected their quality of life. The young children had to also report how often they experience asthmatic symptoms within a given month. Over fifteen percent of the participants represented elevated clinical levels of anxiety while an additional twelve percent reported that their levels of anxiety were also above average. Researchers concluded that these results mirrored previous tests conducted in the past highlighting the relationship between anxiety experienced by the urban populations as it relates to treat occurrences of asthma. The researchers also confirmed that there should be greater emphasis on increasing studies to address perceptions using a combination of cognitive behavioral therapy and hypnosis in an effort to decrease asthma symptoms in the future.

Can Maternal And Infant Bonding Issues Ever Be Repaired?

These scientists conducted two studies challenging whether or not maternal and infant bonding can be repaired to address issues related to childhood asthma. There were eighteen variables considered that was measured and quantified before the initial treatment began with the mother. These variables were also used in separate testing both before and after treatment with the child.

A 14-year-old teenager was pregnant and her second trimester when the father of the child ended the relationship and left the state. The young adolescent had a lot of complications during pregnancy and in the eighth month, the labor was induced. For nine months after the baby was born, she lived with different family members were often very critical and judgmental of her situation. It was during this time that her child was very sick and was given asthma medication. A nebulizer was used two times a day, but she felt that her child was not getting better.

During her first and second hypnosis sessions, she learned relaxation techniques and she also had visioning techniques where she was able to remove painful memories of the pregnancy. She was also able to envision having the event happen all over again, but under ideal circumstances. The ideal circumstances also included intense bonding where she felt did not have been during her real-life pregnancy. The third and fourth sessions covered overcoming guilt about becoming a statistic with a teenage pregnancy. The young mother reported feeling a more intense bond with her baby and also mentioned that the child no longer needed a nebulizer during the follow-up phone interview conducted ten months after the initial treatment.

In the second study, a ten-year old girl used several medications daily to keep her asthma symptoms in check. Her mother was very worried that her daughter was all he said and she thought that she would never have a “normal life.” During her hypnotherapy session with a clinical therapist, researchers discovered that the child was born just six months after her older brother was killed in a car crash. The mother was still carrying immense grief from the untimely death of her first child. In her first and only session, she underwent regression therapy where she was taken back to the moment before her second child was born. She envisioned all the grief being removed from her consciousness as well as Incorporated happy images of her being pregnant or second time with her daughter. She also envisioned being happy after the birth and during the postnatal period. Three days after the session, the mother followed up by reporting that her daughter was happily playing soccer outdoors and had not had the asthma attacks since. A phone interview session was conducted four months after the initial treatment where the mother maintained that her daughter still had not experienced any asthmatic episodes and was taken off her medication.

Researchers concluded that mentally re-creating the birth scenario significantly improved the bonding between mother and child. While hypnosis was conducted to complete this, researchers were open to additional therapies that may complement hypnotherapy in reducing asthmatic episodes and children. The hypothesis was also confirmed that the initial nonbinding attributed to anxiety and high levels of fear which was weakening the immune systems of the children. 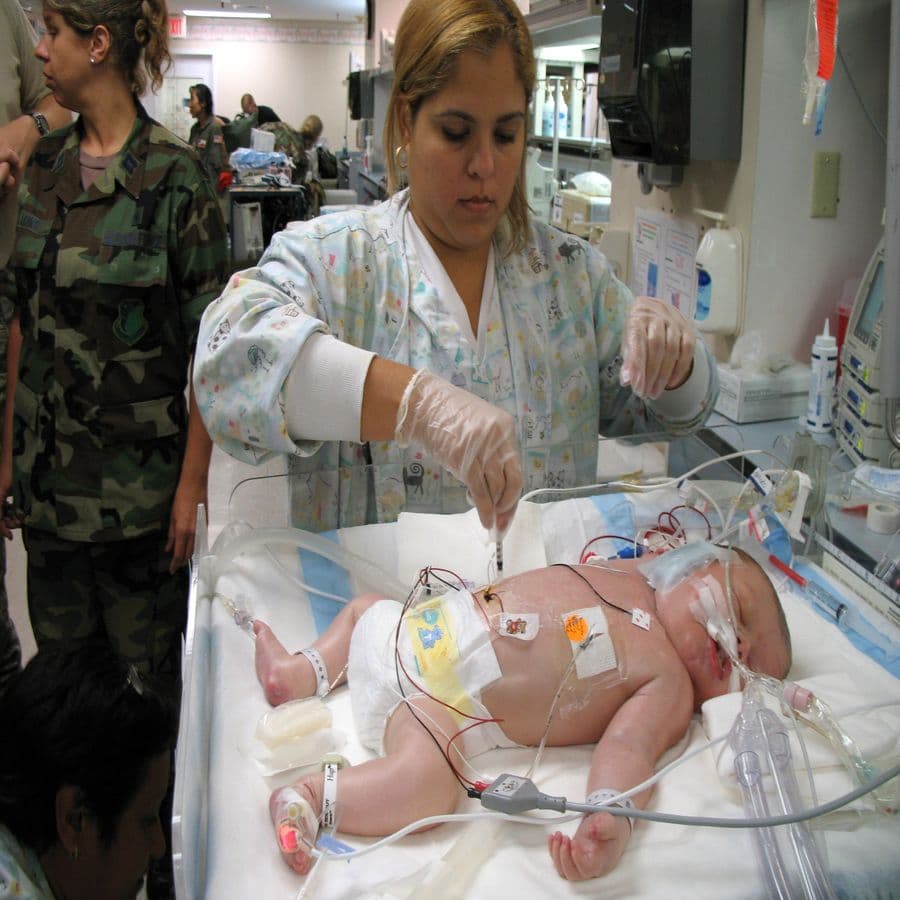 Dealing With Asthma And Allergies In Children

At the Pediatric Pulmonary Center in Syracuse, NY, over three-hundred patients were reviewed during a thirty-month period where correlations were tested between psychological issues and their direct association with pulmonary attributes. All of the patients were offered in therapy sessions in conjunction with the existing medical treatment they were previously receiving.

Researchers concluded that over eighty percent of the patients had a market that were over experiencing shortness of breath and other symptoms associated with their ongoing asthma. Some of the children reported improvement after the first session while the majority reported varying levels of improvement after several sessions. It is important to note that no new symptoms associated with asthma occurred once the hypnotherapy sessions began. Additional clinical studies were recommended in the near future to ensure the efficacy of the initial study.

Recent studies continue to highlight the positive effect that clinical hypnotherapy has on treating asthma sufferers. While more control studies are needed, existing research suggests that incorporating hypnotherapy and other alternative studies to complement traditional medical treatment can reinforce the positive results in patients suffering from asthma attacks.

Tagged with: Clinical Hypnotherapy For Asthma