Who are these “Experts” that are contemplating the end of smoking? 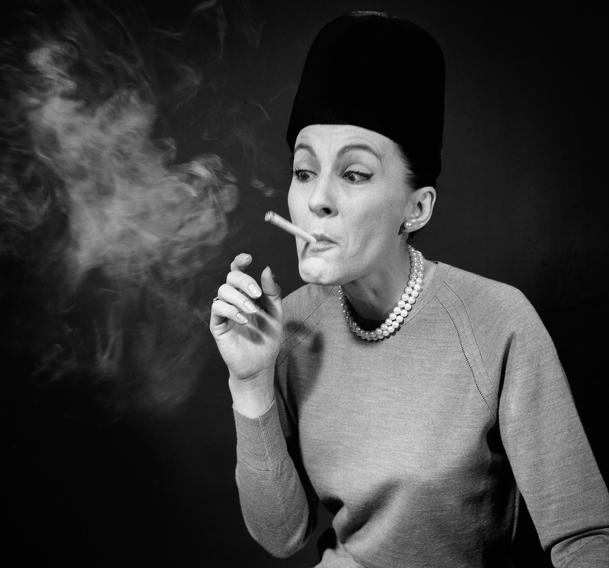 I just wanted to compliment Mike Stobbe for bringing up up some very good points about predicting the end of cigarette smoking in America.

The title was very eye-catching and slightly biased, citing “Experts recently contemplate the end of smoking”, which is nice except, of course, you’ve got tobacco companies, and their lawyers, that are keeping the FDA at bay.

At this point, the FDA has had the authority to regulate tobacco products since 2009.

They have taken a few steps, but as Mike points out:

A 2009 federal law gave the FDA the authority to regulate tobacco products. The law barred FDA from outright blocking the sale of cigarettes, but the agency was free to take such pivotal steps as prohibiting the use of appealing menthol flavoring in cigarettes and requiring cigarette makers to ratchet down the amount of addictive nicotine in each smoke.

He also points out, that this could get delayed for years due to legal and political issues:

But nearly five years after gaining power over cigarettes, FDA has yet to even propose such regulations. Agency officials say they’re working on it.
Many believe the FDA’s delay is driven by defense preparations for an anticipated battery of legal and political challenges. A spokesman for Altria Group Inc., the maker of Marlboro, said the company supports FDA exercising its regulatory authority over tobacco products. But as a whole, the industry has tended to fight regulation. Some of the nation’s largest tobacco companies – though not Altria – sued to stop FDA-proposed graphic warning labels on cigarette packs. A federal court blocked the ads.

The biggest issue, as I see it, is that everyone is focusing on the nicotine, and the control over the amount of nicotine that is in a cigarette, but I think part of the problem is that we’re hearing all these “experts” tell us that the nicotine is the reason the people smoke cigarettes, when it is actually just a component of a smoking habit.

Why are we not discussing the re-glamorization of smoking?

One of the biggest problems is that smoking is becoming more glamorous with the popularity of electronic cigarette sales all these different flavors, etc.

The way I see it is that it can actually make things much worse, and increase the sale of cigarettes!

According to the CDC:

“The increased use of e-cigarettes by teens is deeply troubling,” said CDC Director Tom Frieden, M.D., M.P.H. “Nicotine is a highly addictive drug. Many teens who start with e-cigarettes may be condemned to struggling with a lifelong addiction to nicotine and conventional cigarettes.”
The study also found that 76.3 percent of middle and high school students who used e-cigarettes within the past 30 days also smoked conventional cigarettes in the same period. In addition, 1 in 5 middle school students who reported ever using e-cigarettes says they have never tried conventional cigarettes. This raises concern that there may be young people for whom e-cigarettes could be an entry point to the use of conventional tobacco products, including cigarettes.
“About 90 percent of all smokers begin smoking as teenagers,” said Tim McAfee, M.D., M.P.H., director of the CDC Office on Smoking and Health. “We must keep our youth from experimenting or using any tobacco product. These dramatic increases suggest that developing strategies to prevent marketing, sales, and use of e-cigarettes among youth is critical.”

The Surgeon General says they have programs to “drive down” tobacco use, and I guess he’s talking about cigarette taxes banning in restaurants workplaces, and restaurants,

And the lobbying of pharmacies to stop carrying tobacco products is a major win I’m sure companies like Walgreens and Walmart will follow.

The biggest problem is that the tobacco industry will delay doing anything about it as long as I can right now, like when they sued to stop the FDA’s graphic warning labels on cigarette packs, as Mike pointed out above.

They have the FDA running scared by preparing defenses for the legal battles and political changes upcoming, although they say that they will cooperate with the FDA.