Aquaphobia – How to Overcome Fear of Water 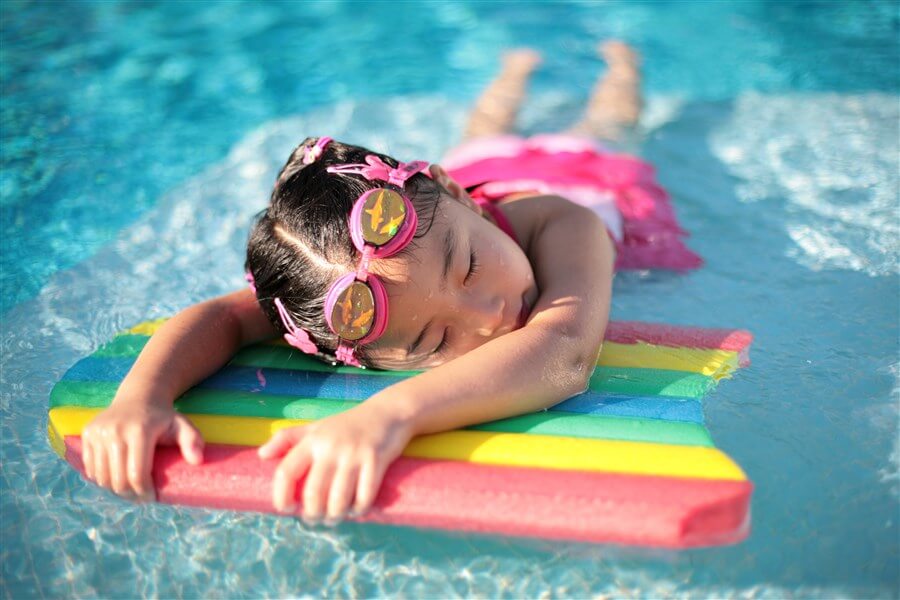 A person that has an ongoing fear of water, better known as aquaphobia, experiences a level of anxiety that is beyond their control. These fears can also a negatively impact a person’s well-being as they seek avoidance mechanisms to avoid any contact with water. This can happen with avoiding swimming in the ocean or something as simple as partaking in the daily occurrence of taking a shower.

In this case study, Brenda let the fear of water consume over half of her life. She remembered watching the movie Jaws as a child and never partook in any water activities whatsoever. In fact, throughout her whole childhood, she avoided any open water, which would include sea, lakes, or rivers. She was finally ready to overcome this fear of being afraid of water because she realized that she missed a lot of fun experiences with her friends and family whenever they would holiday together.

Her family had an upcoming boat trip and she did not want to miss out on snorkeling with her children. In her session with the clinical hypnotherapist, she was given the suggestion to imagine that she had already taken the boat trip in the future and that nothing scary ever happened.

She imagined herself with her arms around her children, walking off into the sunset, having conquered her fear. The session lasted for over forty minutes, where Brenda felt an extreme boost in confidence and was shocked that those suggestions had so easily overcome over thirty years of her experiencing stress and strife related to water.

Brenda reported back after she had actually taken the trip, where she was overly surprised that she was not constantly in the state of fear while she was on the boat. She also reported that she is looking forward to her next boating trip, which would happen in less than six months.

Understanding A Teenager That Is Scared of Water

She held on to that fear for over ten years. This teenager had agreed to undergo a hypnotic age regression where she went back to the time that she was at the park playing in the waterfall.

She was also able to envision leaving the waterfall safely, without any problems. After the regression, the young teenager reported that she no longer had a fear of running water. In fact, she said that she was going to recommend the same type of therapy for her aunt.

Researchers concluded that the young teenager was able to recognize the fact that the running water under the waterfall had served as an emotional trigger in the little girl’s mind that had followed her for over ten years. Running this negative mental picture in a loop had traumatized her; however using the age regression had proven successful to overcome her fear of water.

In this study, a media professional at the age of thirty-seven had visited a therapist because he could not overcome his initial panic attack that had happened twelve years prior. During a regular night out with his colleagues, he had experienced excruciating pain in his forehead that had spread down to his neck.

He remembered taking a pill along with a glass of water to make the headache go away. While he was drinking his water, he felt uncontrollable sensations of choking where he thought that he was going to die because he could not breathe.

After that one fateful evening, he started noticing having panic attacks whenever he decided to drink water. As a result, he severely limited his intake of any fluids. The only time we would drink was when he was around his mother so that he could receive emotional support from her.

His confidence also dwindled because he started avoiding social situations where his friends would constantly make fun of his anxiety. Ultimately, his work suffered because he was unable to film any videos outside because it would make him hydrated and he would refuse to drink water under any circumstances.

This gentleman was open to receiving hypnotherapy from a certified hypnotherapist. He was also encouraged to practice relaxation methods while he was at home. During his sessions, he would positively overcome that fateful night with visual images where he successfully drank water without incident.

His confidence had also improved because he reported being able to hang out with his friends without feeling helpless. What is the visualization of him drinking water successfully had boosted his worthiness.

After his six sessions of therapy, this gentleman reported positive improvements in both his personal and professional life. He had received boost income from his job because he was now able to film video outdoors again without experiencing any repercussions.

He was also able to go out on dates without having the fear of choking on his drink. After his 6-month follow-up, he also reported that he continued to listen to his relaxation CD to receive positive affirmations but never felt any tinge of anxiety.

The person that has a fear of water or aquaphobia can be linked to having a lack of confidence in terms of a moderate experience.  Conversely, this anxiety can manifest itself as something that is very debilitating because it can affect all aspects of that person’s life. Getting in touch with a licensed practitioner could be the step in the right direction that is needed to overcome this fearful behavior in a prompt manner.

Tagged with: Overcome Fear of Water