Getting a message across with public speaking in a public forum can be quite daunting. The purpose of performing public speaking effectively is to not only inform the audience but also entertaining and persuading them all at the same time.

On top of that, the speaker must also have all of their information prepared beforehand. If the individual does not have a certain level of confidence, it can seem that juggling all these balls in the air would be inconceivable. Hypnosis is a technique that can be used to help the public speaker reach their Highest Potential while delivering a speech with great impact.

In this case study at the University of Western Australia, students were randomly chosen to perform presentations in front of twenty of their peers at the end of the semester. The presentation would be performed and a group format, however, each individual would have the spotlight for a time limit of 8 minutes. These students were also notified that they would be scored on their group activity in addition to their individual performance.

Two weeks before the final presentation was scheduled to begin, all of the students that took part in the study were given either a control or treatment document in which they would incorporate into their talk. They were given this information from the professor two weeks prior due to previous research indicating that there is a greater peak in anxiety closer to an activity that is to be performed. Two weeks was considered ample time to overcome any level of initial anxiety.

The students in the control group received an information sheet that detailed the nature of the assessment along with the implications of their individual performance. Those that were a part of the treatment group, which included hypnotherapy, were given additional information which included ample strategies with regards to overcoming potential anxiety for their public speaking.

The treatment group was also able to address any perceived fears with regards to anxiety along with reassuring techniques that they could incorporate to overcome this perception. They were also given visualization techniques in which they were able to rise above any feelings of being scrutinized by their peers while they were giving their speech.

An example of their imagery would include stating questions like “I see myself as…” they would mentally answer that question with positive reinforcement. In addition to the visualization, they were also given hard data proving that the visualization in addition to speaking about perceived fears and anxiety would give them greater confidence if needed during their performances.

After all presentations were completed, all of the students filled out questionnaires highlighting their feelings with regards to how well they performed overall in addition to noting any levels of anxiety during their presentations. Researchers found that the treatment group reported lower levels of anxiety overall both between male and female students with little variation.

The treatment group also highlighted the fact that the additional information they were given plus the visualization techniques helped frame the upcoming presentation and a favorable light. They had a greater confidence beforehand and had higher scores both in the group presentation in addition to individual performance. 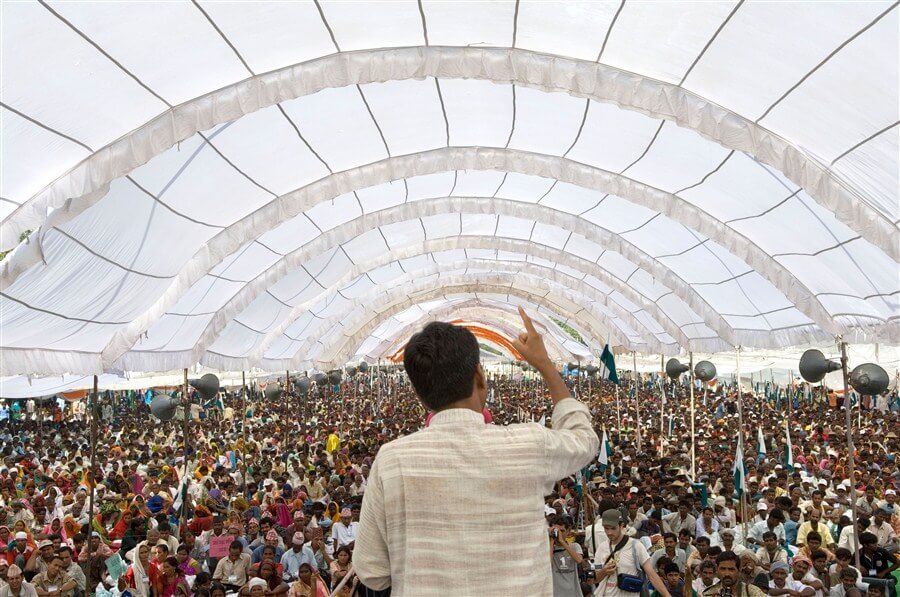 In this case study, researchers were able to measure whether or not if noses could be used as a viable treatment for overcoming stage fright during a public performance.

Forty students took part in this study where they were given suggestions to focus their attention more so on the performance instead of potential disruption from the audience. They were given hour-long sessions that took place for two visits.

In each session, they were given suggestions to relax their mind and imagine having a standing ovation after they had performed onstage. They were seeing themselves as performing to the best of their ability and they were beaming from the applause from the audience.

Like in the initial study above, the students that receive the additional hypnotherapy sessions had reported lower levels of fear and anxiety with regards to performance in public. In fact, during the follow-up at six months, the same students still were outperforming their peers from the control group. This gave greater credibility to the current research as it was proven that hypnosis is not a short-lived remedy and can have positive, long-lasting effects.

On another note, some people attempt to calm their nerves before a speech by smoking a cigarette. This can have the opposite of the desired effect due to raising blood pressure, and lowering oxygen intake.

Public speaking can be overwhelming at times. The perceived fear around the subject makes individuals avoid speaking in public altogether. Incorporating clinical hypnotherapy as a viable treatment to overcome such fears can prove very beneficial. These long lasting results can positively impact a person’s life in addition to giving the opportunity to face their fears.

Tagged with: Fear Of Public Speaking