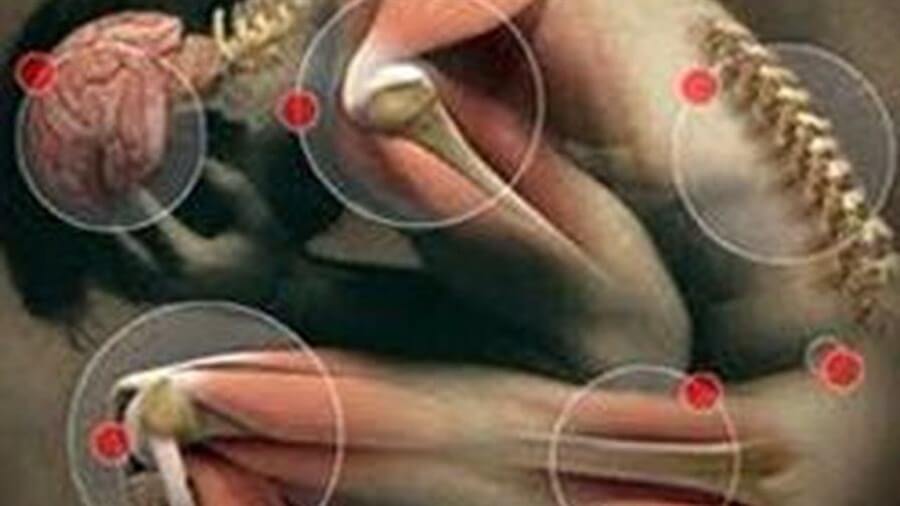 Multiple sclerosis can be quite debilitating because it affects the central nervous system in a very unpredictable way.

This disruption negatively communicates between the spinal cord and the brain. While scientists are still looking for the primary cause of multiple sclerosis, they do believe that there could be environmental factors at play and which people with a genetic predisposition are usually affected.

Individuals that are diagnosed with multiple sclerosis have various ranges of pain. This pain can cause great interference in regular sleep patterns as well as negatively affecting a person’s mood. Anxiety and fatigue are other maladies that can make a person’s daily routines stressful.

Complementary and alternative treatment such as clinical hypnotherapy has grown in popularity in recent years to treat multiple sclerosis. In this study, over seventy percent of participants reported a boost in their quality of lives when incorporating reflexology and hypnotherapy.

There were thirty-seven participants that had existing chronic pain that was associated with their spinal cord injuries. They were randomly chosen to each receive at least ten sessions of self-hypnosis. The other group would receive ten sessions biofeedback training to deal with their pain levels. They would be monitored both prior to and after each treatment.

At the end of their sessions, the subjects that participated in the hypnosis sessions that reported that the intensity of their pain had significantly reduced versus their counterparts and the biofeedback session. The first group also maintained that their pain levels stayed at a minimum after their follow up with the researchers after three months. Upon further inspection, the subjects reported that the self-hypnosis kept the pain at a minimum comma even though there was no permanent relief.

Researchers concluded that even though hypnotherapy was not associated with permanent pain relief, it was sufficient and getting the patients back to living meaningful lives.

Each candidate had to go through hypnosis training so that they could learn how to relax their muscles on their own. These techniques had proven to reduce the intensity of pain for a majority of the participants.

At the three-month follow-up, all participants reported that their pain was reduced whenever they incorporated hypnosis. While this pilot study was seen as favorable, it was highly recommended that a randomized controlled trial is performed to confirm the findings.

What Impact Does Hypnosis Have On Multiple Sclerosis?

In this study, researchers wanted to compare whether self-hypnosis was the ideal method as opposed to using only muscle relaxation techniques.

Of the twenty-two participants that participated in the study, eight of the candidates were introduced to hypnosis training while the remaining had progressive muscle relaxation.

The subjects in the first group had agreed to participate and the standard protocol of hypnosis training in which they would receive hypnotic suggestions as an intervention to reduce their existing pain.

The subjects in the second group were randomly assigned to receive either the hypnosis or the muscle relaxation conditions. Even though the subjects in the second group knew that they would be randomized, both groups remarked about having favorable results after the first session. The intentions of the researchers were to establish how the brain actually processes information relating to pain as well as relief of that existing pain.

Researchers also wanted to determine whether or not demographics played a role in treatment. The average age of the participants was fifty-one years of age where over seventy percent were women. Demographics did not prove to be a valuable variable, and as a result, the two groups were ultimately combined.

There was an emphasis on the use of the term self-hypnosis training instead of the usual treatment of hypnosis so that all of the subjects would be encouraged to use hypnosis on their own time outside of the standard sessions.

One criticism of the study was that it also did not contain randomized controlled trials. While all of the candidates that received both the hypnosis and muscle relaxation reported less pain, researchers wanted to determine whether or not the actual effects were based on the placebo effect for whether the pain was reduced over time.

It was recommended that additional research is conducted to get to the root of the effects of the hypnotherapy treatments. For instance, be patient expectations tend to positively play a role into whether or not their outcome would be favorable.

The Impact of Multiple Sclerosis on Quality of Life

While a cure for multiple sclerosis does not exist, there is a growing interest in alternative medicine to treat chronic pain. There has been limited research conducted that has shown the efficacy of using hypnotherapy as an effective treatment. As a result, additional randomized controlled trials are recommended in addition to speaking with your primary practitioner before exercising all of the complementary options that exist today.